(NewsNation) —  Despite the attention given to COVID-19 influencing Americans to move away from home, the Census Bureau reported that permanent migration levels in the U.S. still continue to decline.

There are, however, “lifestyle migration” patterns happening that didn’t exist pre-pandemic, according to real estate experts.

With the ability to work remotely, “We’re all saying, ‘Wait a minute, I don’t have to live anywhere that I don’t want to. It’s so nice to have that luxury of choice. Because then it really is all about just defining where you want to be and how you want to live,” Faupel said.

As people realign their priorities, and learn to work in new ways, moving to places such as Wyoming have seen increases in demand, according to Faupel.

Faupel is the founder of REALM, a real estate tech startup, and works closely with top producing real estate professionals, from all over the map. She says they’ve also seen demand in Aspen, Colorado; Park City, Utah; and Hawaii.

Urban environments are still seeing demand, as well, but people are starting to prioritize different things, especially the amenities in their homes.

“It’s an exciting time. I think people are redefining so much of how we live, and I think the pace of change has never been faster,” Faupel said.

In 2021, moving company United Van Lines conducted a survey to further examine the “why” behind Americans deciding to pick up and move.

“This new data from United Van Lines is indicative of COVID-19’s impact on domestic migration patterns, with 2021 bringing an acceleration of moves to smaller, midsized towns and cities,” Michael A. Stoll, economist and professor in the Department of Public Policy at the University of California, Los Angeles, said in the report. “We’re seeing this not only occur because of Americans’ desire to leave high density areas due to risk of infection, but also due to the transformation of how we’re able to work, with more flexibility to work remote.”

Added Faupel: “What we’re realizing is that the environment, the people, the sense of community that we all have kind of coming out of something that was a shared experience, is really pretty remarkable. And that is helping us to make our environments more comfortable.” 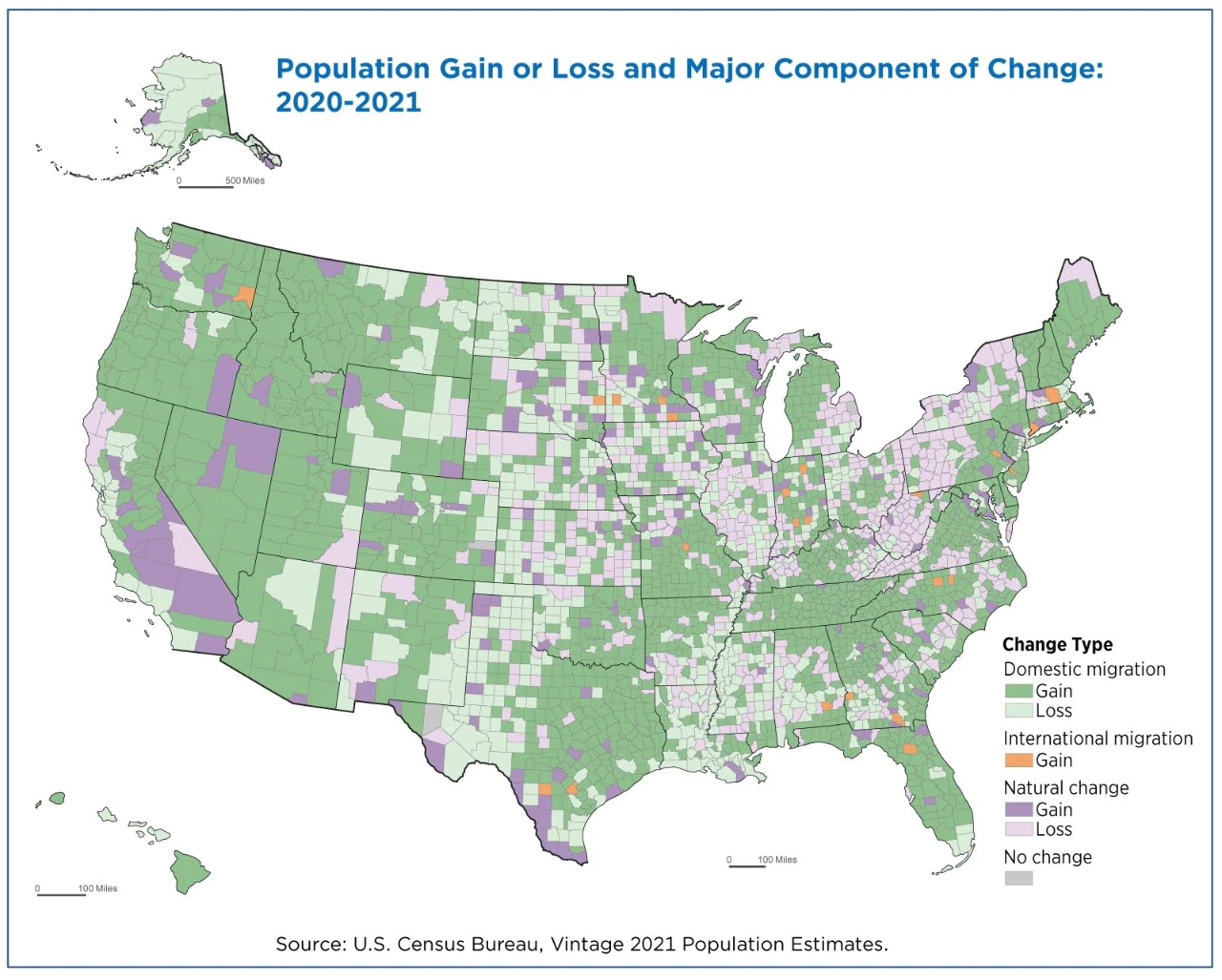 The August Zumper National Rent Index also presented interesting data about migration and rent prices. The migration patterns indicate that many remote workers relocated to southern cities in favor of warmer weather, more space and lower cost of living, but that the rate of such migration has started to slow.

New York City prices continue to skyrocket, but people are continuing to relocate to the city. San Francisco, Los Angeles, and Sacramento, however, tell a different story. All three California cities seem to be shrinking when it comes population size. Meanwhile, Fresno has seen a gradual but steady population increase.

Residents flocking to California’s fifth-largest city from more expensive cities along the Pacific Coast was a trend that intensified during the pandemic, according to Zumper.

Sources: Idaho victim who was killed last fought back

How many surveillance balloons are out there?

China criticizes US for balloon ‘overreaction’

‘Super meth’: What to know about the deadly drug

Egg prices are down and Tesla prices are up, as the U.S. continues to fight high inflation rates.

Beyoncé stands alone on her Grammy throne: With her fourth win Sunday night, she has become the most decorated artist in the show’s history.

The Ohio governor issued evacuation orders for those living within a mile of the East Palestine train derailment, saying there could be an explosion.

Actor and former California Gov. Arnold Schwarzenegger was involved in a crash Sunday in the Brentwood area, the Los Angeles Times reports.

Customs agents made a fishy discovery in Detroit last week.

She becomes the 18th member of the EGOT club.

The U.S. Senate is expected to receive a full briefing about the handling of the Chinese balloon. Meanwhile, the White House is defending their actions.

Charles Kimbrough, a Tony- and Emmy-nominated actor who played a straight-laced news anchor opposite Candice Bergen on “Murphy Brown,” died Jan. 11 in Culver City, California. He was 86.

Rep. Clarke: We have means to solve immigration crisis

Former intel agent: US did ‘good job’ with Chinese balloon

Scorpion unit, one of many special police units under fire

Eight Republicans who could challenge Trump in 2024

What are celebrities getting in their $60k Grammy gift bag?

Man rescued by USCG was wanted in 'Goonies' incident