(NewsNation) — Donald Trump’s announcement Tuesday that he plans to run for president in 2024 comes at a moment of transition for social media, and possibly the future of political campaigning online.

Trump’s use of social media during his 2016 campaign marked a bend in the road for political candidates seeking to interact directly to their base without relying on more traditional avenues.

Twitter’s new owner, Elon Musk, is teasing plans for a subscription-based model that could drive away users who can’t afford — or simply don’t want to — pay for their accounts. Meanwhile, new, more niche sites like Rumble, Parler and most recently Mastodon have continued to crop up over the past few years of divisive political rhetoric. How political candidates gearing up for the 2024 presidential election will leverage those platforms remains to be seen, but it’s likely to look different than what Americans grew accustomed to during Trump’s presidency, Stromer-Galley said.

“There isn’t anything Trump can do that’s novel like it was back in 2015 and ’16,” she said. “I doubt he’s going to be on TikTok. I think the Trump style is going to be eclipsed by something new.”

Using social media for campaigning purposes wasn’t unheard of before Trump. Barack Obama effectively used social media in its Myspace days to campaign for his first term as president, and many have used it to their advantage since. Other Democrats currently in office, such as Congresswoman Alexandria Ocasio-Cortez and Michigan Gov. Gretchen Whitmer, are also active on social media.

It’s not likely to stop, either. The Pew Research Center analyzed more than 8,000 candidate Twitter accounts in the election cycle leading up to last week’s midterms and found online campaigns in full swing. 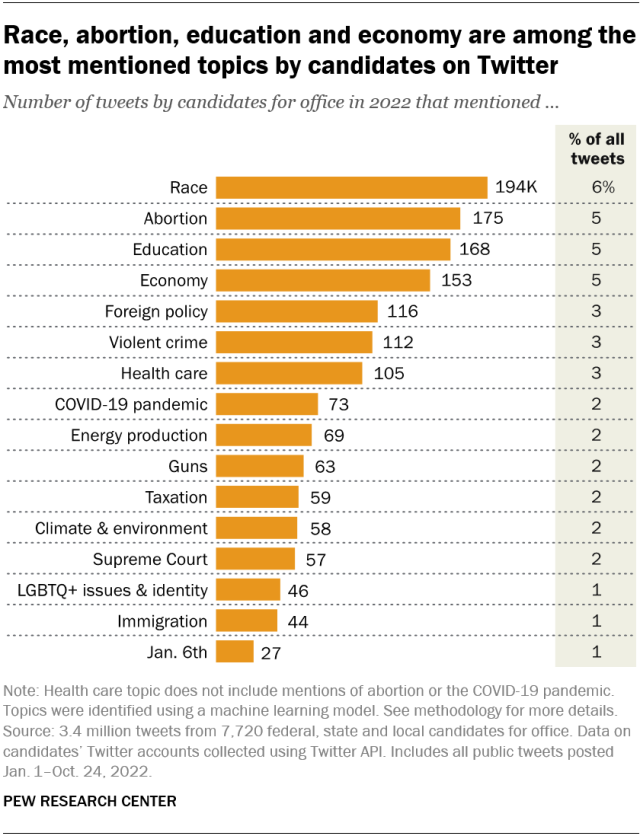 Since the beginning of the year, candidates for office at all levels of government shared nearly 3.4 million tweets, including about 14,00 per day in October, the Center found.

The tone and strategy behind Trump’s use of Twitter, however, was new at the time, Stromer-Galley said.

“Trump really understood, I think, more than some politicians, the ways to really manipulate journalists to cover him effectively,” she said. “Some of that is being anti-normative and confrontational, controversial, conflict-focused — all of that draws news stories. And the power of social media for politicians, when they’re really using it effectively, is amplification.”

That’s particularly true for new politicians, said Pinar Yildirim, an associate professor of marketing at the University of Pennsylvania’s Wharton School. Social media is often free, accessible, and and easy way for newcomers to share their values and make a name for themselves, she said.

“In that sense, it became an equalizer, or a game changer, that gives voice to new somewhat different, niche politicians and people with different voices than the mainstream,” Yildirim said. “And in that sense, it results in or it can help to mitigate the incumbency advantage in elections.”

For now, Trump has said he won’t return to Twitter (from which he was banned) and will instead remain his his own app known as Truth Social.

It’s just one example of new and niche social media platforms to emerge in recent years. Among them are apps like Rumble, Gab, Parler and most recently Mastodon. The decentralized social media space hosts a network of independently operated servers that show posts in chronological order, unlike popular apps like Instagram and TikTok, which rely on algorithms to fuel users’ feeds. 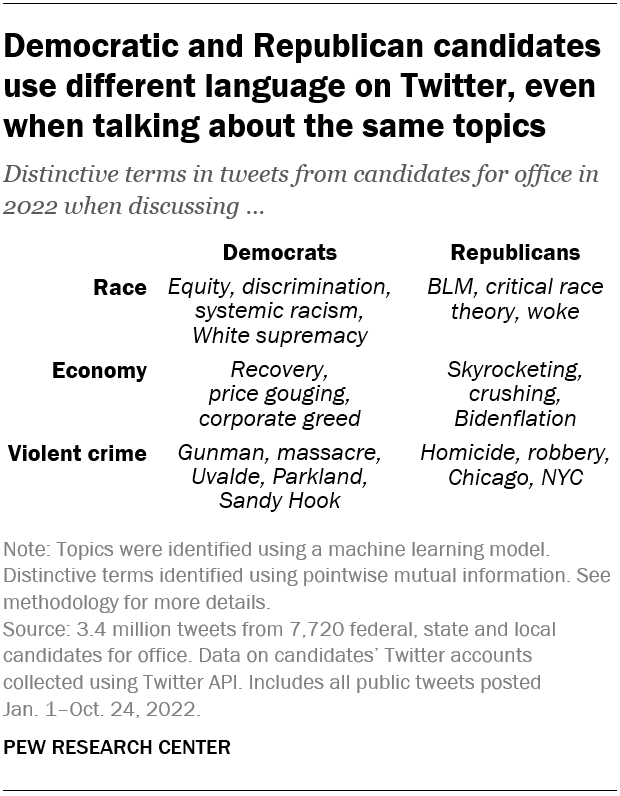 As new social media sites emerge, there are more platforms than ever for candidates to engage with their constituents.

“It creates, I think, more challenges than opportunities for politicians because then you have to be present on every single platform and have to make sure you’re listening to them and and put maybe two advertising campaigns on different platforms,” she said.

There are also growing concerns about data privacy and misinformation, particularly as Twitter rethinks its verification process.

Musk, however, regularly shares his plans for the website by tweeting about them from his personal account. He engages with other users to talk about the site’s verification process, potential subscription fees and what moderation – of lack thereof — of content would look like. That includes the ability to pay for the site’s blue verification checkmark. Already, fake accounts posing as public figures have been spotted.

Man gets prison for attacking Capitol officer who later died

Which airline’s rewards program has the highest value?

Yes, an airline better known for its low fares and high fees beat out much bigger competitors like American and Delta Air Lines.

Starbucks is modifying its rewards program, and the news is full of stories of outraged consumers. Here’s what they’re missing.

This year, instead of a cliche giant teddy bear or a bouquet of roses, opt for a unique present that might better demonstrate your appreciation.

Depending on where you live, it may not take as much income as you’d think to be in the top 1% of earners.

Why parents may see a smaller tax return this year

If inflation wasn’t bad enough, it’s shaping up to be a year of disappointing tax refunds for many people — perhaps, especially for parents.

Additional law enforcement officers in Tennessee — this time with the Shelby County Sheriff’s Office — are under investigation following the release of footage on Friday night of the encounter that resulted in Tyre Nichols’ death.

Is cold weather responsible for making us sick?

If you don’t dress for the weather, are you really going to get sick?

A New Jersey man is suspected of driving a school bus under the influence after crashing into a house in the town of West Caldwell on Friday morning, according to police.

Behind the scenes with border patrol in the Florida Keys

Does NYC's 'right-to-shelter' apply to migrants? Mayor says no