(NewsNation) — On a sunny September morning, 49 migrants, some as young as 2 years old and others as old as 68, arrived on Martha’s Vineyard, to the surprise of island residents. Fast forward to December, and nearly all of them have moved to other cities across the U.S.

The migrants walked off two planes, desperate, confused and scared with no idea where they had landed or why. Many had to look up “Martha’s Vineyard” on their phones to see where they were and were shocked to see water all around them.

Now, only five out of those 49 remain on Martha’s Vineyard, and others have started new lives in different towns throughout Massachusetts — some in government housing and shelters and others in private homes.

At the time, Florida’s Gov. Ron DeSantis arranged for the groups to be flown from Texas to Martha’s Vineyard as a comment on the nation’s immigration system.

“No one really cared about this in the national media perspective until 50 show up in Martha’s Vineyard,” DeSantis said.

He’s not the only politician transporting migrants to other states. Buses of people who crossed the border have also departed from places including Texas and Arizona.

Whether the transportation happened on buses or planes, there was an underlying political interest in the effort, said Muzaffar Chishti, a senior fellow at the Migration Policy Institute. The decision to fly migrants to Martha’s Vineyard, however, felt like an outlier, he said.

“In some cases, it was a win-win for the migrants, too,” Chishti said. “They were getting a free ride if they wanted to go to New York or D.C. On the other hand, Martha’s Vineyard was no one’s choice.”

A Boston lawyer filed a federal lawsuit on behalf of some of those migrants in late September. The civil complaint claimed migrants were given $10 McDonald’s gift certificates and were promised that if they boarded airplanes to other states, they would be met with jobs, housing, educational opportunities and other assistance.

They were originally told the plane would take them to Boston or Washington, D.C., but instead they landed on Martha’s Vineyard, according to the suit.

For those who boarded the plane, the trip was “really scary” and “very, very emotional,” immigration attorney Rachel Self said.

“They were already coming from a place of such extraordinary vulnerability,” she said.

The island community at Martha’s Vineyard jumped into action and the migrants were given food, shelter and legal advice. Self, also a local resident, rushed in to help with their legal documents and status check-ins.

“I had been advised they had some paperwork from the Department of Homeland Security, so I started to look through it all to determine what, in fact, happened and how they were, in fact, processed,” Self said.

It was local people and state services who came to their aid.

“They’ve relocated,” Self said. “Several of them have gone to where they ultimately thought they were being brought initially … Ohio, Washington, D.C., Boston, other places … they were not expecting to go to Martha’s Vineyard. … These people were promised the sun, the moon and the stars. And to them, it sounded pretty good. But it turns out it wasn’t true.”

In New York City, local groups and neighborhoods are stepping up to help. Immigrant advocacy organizations have been offering services and resources to migrants, including health care and dental services.

New York City Mayor Eric Adams implored President Joe Biden to send money and more resources, and declared a state of emergency in October, as did other cities where migrants were dropped off.

“We are going to fulfill our moral and legal obligation to house everyone that enters New York City,” Adams said. “That is what we have done and what we will continue to do.”

Every morning, Indileyda Silva and her two children walk to a school bus stop from the Bronx shelter they temporarily call home.

The New York City school system enrolled more than 5,500 new migrant students at the start of the school year. 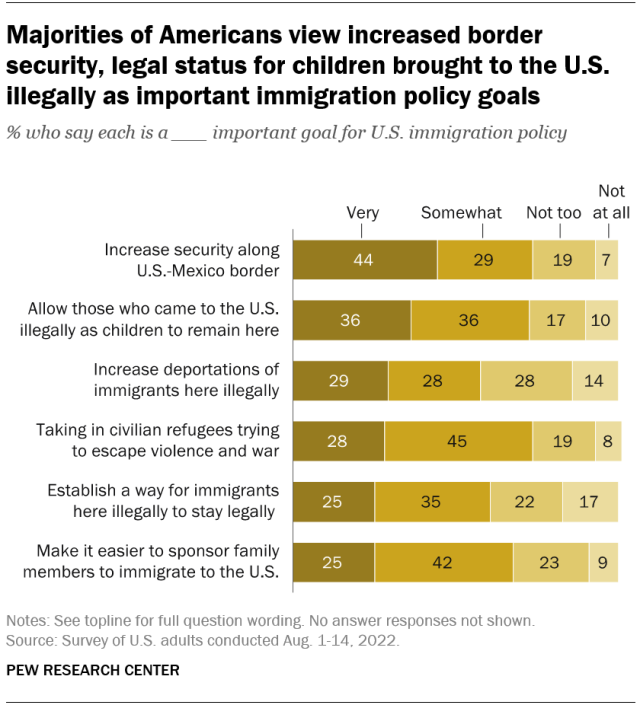 Silva’s kids say they love their new school, but when they leave in the morning, she worries and wonders what the future holds for her family.

“Work,” she said. “We need to be able to look for work. We would like to find an apartment with a kitchen – it’s been three to four months living this way.”

In Brooklyn, barber and Venezuelan native Juan Sanchez turned his bedroom into a haven for migrants.

Recently, he had four people living with him and his own family of four. It’s tight, but they make it work.

“It takes a lot of effort, honestly, and I don’t get a lot of help from other people, but there are some friends who help me,” Sanchez said. “With the little that I make, I try to help these people out.”

Juan Borges, a Venezuelan migrant who was bused from Texas to New York City, said his new home has brought forth opportunities.

“I feel great that I am here because I can make money and work and send money back to my family,” Borges said.

He and another man, Luis Carrillo (also bused from Texas), work as delivery drivers on construction sites anywhere they can find decent pay.

“I don’t want anyone to give me anything,” Carrillo said. “I want to work hard for it and I will do anything.”

As immigration policy continues to evolve, the transporting of migrants underscored that handling immigration should be a group effort, Chishti said.

“At some level, Texas has a point,” he said. “Texas made the point. If it wanted to bring home that point to liberal mayors in Chicago, in New York City, it bloody well did it. … We know Texas as the border state is going to get the brunt. But it has to be part of a national solution.”

“This is a national issue, this is not a border issue. I do believe that everybody is part of the solution,” Garcia said. “But I want to emphasize that at the end of the day it’s the responsibility of the federal government to fix a system that is broken.”

Garcia highlighted the lack of funding and resources that have been dedicated to facilities and services that aren’t detention centers. Speaking Thursday on “Rush Hour,” he advocated for investment in humanitarian centers to help welcome and process migrants.

“It’s a false narrative that local communities and local governments, NGOs, have the capacity to process migrants. That is not real,” Garcia said. “We are facing a humanitarian crisis where we have people living in the street under prison conditions, and children and women without food and water.”

He wants to see both short-term and long-term solutions, including welcome centers that can provide migrants with necessities like food and clothing and help them with legal and logistical matters.

Man gets prison for attacking Capitol officer who later died

In addition to the firing of the superintendent this week, the principal and assistant principal of the elementary school have left their jobs.

Rodney King ‘died in many ways’ like Tyre Nichols: attorney

“The beating itself, although he didn’t die, he died in many ways… He died in an emotional way as opposed to physically,” Burris told host Ashleigh Banfield Friday night on “BANFIELD.”

MADISON, Wis. (AP) — Dozens of people were injured in a massive traffic pileup amid snowy conditions in southern Wisconsin on Friday, which blocked Interstate 39/90 for hours, authorities said. Beloit Memorial Hospital said at least 27 people were treated for injuries sustained in the crash, WIFR-TV reported. The extent of their injuries was not […]

The video is filled with violent moments showing the officers chasing and pummeling Nichols and leaving him on the pavement.

“All five are responsible for his death, which is why we charged all five with the same offenses,” District Attorney Steve Mulroy said.

The officers, all of whom are Black, were charged Thursday with murder and other crimes in the killing of Nichols, a motorist who died three days after a Jan. 7 confrontation with the officers during a traffic stop.

Behind the scenes with border patrol in the Florida Keys

NewsNation joined U.S. Customs and Border Protection’s Air and Marine Operations team to see how agents are handling the influx of migrants.

The police chief in Memphis warned the bodycam footage is likely to spark outrage, and asked for protesters to remain peaceful.

Does NYC's 'right-to-shelter' apply to migrants? Mayor says no

Boebert on Hunter Biden probe: ‘We need to look into this’

Human lawyers shut down ‘robot lawyer’ use in US courtroom